Skip to content
Killing the Shepherd: Shooting the Messenger
Reviews

Killing the Shepherd: Shooting the Messenger

If you don’t like one of the messages found in the documentary Killing the Shepherd, please don’t shoot the messenger. Feel free, however, to shoot all the big game that your heart desires. Or at least that seems to be one of the takeaways from a documentary that focuses on poaching but is at its best when it centers on anything but poaching.

The setting is a small village in Zambia, one that’s long suffered from devastating poverty. Poachers have decimated the area wildlife; many of the men drown their sorrows — and their lives — in alcohol; and young teenage girls are sold off by desperate parents to older men to serve as wives.

One year, the village head, Chief Shikabeta (aka Lucia Tembo), decided to do something and approached Makasa Safaris owner Roland Norton to help out. Norton instigated many positive changes, and it’s when focusing on these matters that the movie manages to move viewer hearts and minds. Norton helps open schools and clinics, provides women educational opportunities that keep them away from old guys, and offers sustainable alternatives like fish farming. 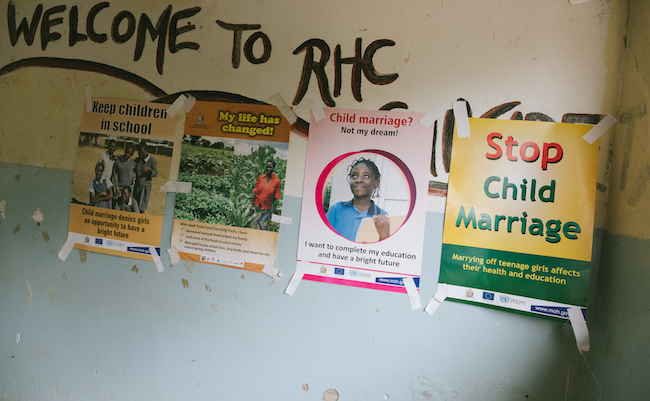 Norton also hires armed men to run off the poachers, not necessarily to protect the wildlife but so his safari outfit can offer big-game hunting expeditions to rich tourists. Naturally, this is the most complex and controversial part of the documentary. Norton is white, which of course will lead many to dismiss him as taking a “white savior” role. It’s important to remember, though, that Chief Shikabeta approached him, not vice versa, and ultimately help is help no matter from where it comes. More problematic, though, is the one-sided approach that director and wildlife conservationist T.A. Opre takes in regard to Norton. Many (most?) wildlife defenders would disagree that you have to kill animals in order to preserve them — a questionable stance that would be supported by ogres like Donald Trump Jr. and that abhorrent woman who used to flood the Internet with photos of her standing over her fresh kills — but there are no voices to challenge Norton’s (and Opre’s) approach. Basically, non-violent conservationists are idiots who should just shut up and sit down.

There’s also the fact that both Chief Shikabeta and her successor (another strong-willed woman) died under mysterious circumstances while serving their people, leading to suggestions of murder. But the film only skims these developments, ultimately leaving more questions than answers.

Killing the Shepherd is at its strongest when focusing on the villagers during the phase when their collective lives are presumably being improved by the newfound opportunities. These segments feel like the crux of a true documentary. But when the narration and imagery only serve to rave about the wonders of Makasa Safaris (particularly in the final stretch), it feels about as objective as a paid commercial.

(Killing the Shepherd is now available for streaming. It’s also available for purchase on Blu-ray and DVD. Head here for details.)